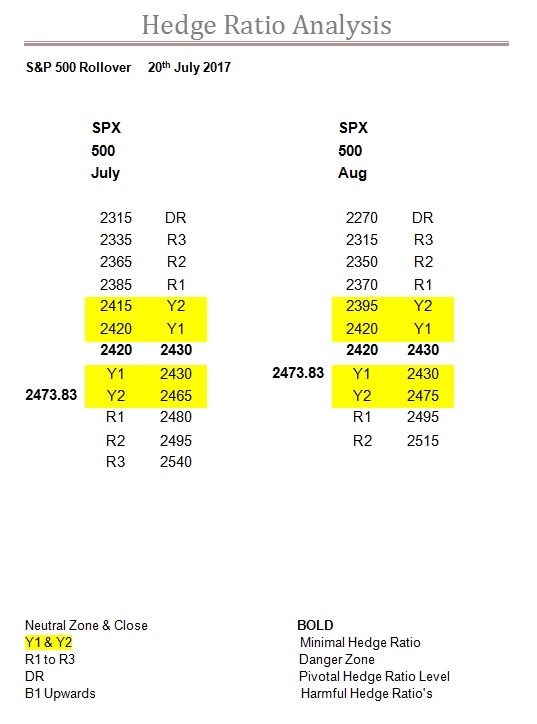 The SPX is chasing the retreating R ratio which is acting as if it is mid expiry rather than facing the actual expiry.

We have seen this index miss on the rollover and on the settlement price before but always for a reason outside derivatives control so this would be an absolute first that it has ignored it entirely.

On the subject of the NZ it is effectively 2445-2455 (having lost 83% today) but this still means this index is 18 points above this, not a lot but still one not to miss under such benign circumstances we suspect.

Activity is certainly acting as if a normal rollover had just occurred so it is all a bit odd that the market is holding up and not reacting.

It is also a bit odd that the VIX has traded below 10 for 5 days in a row, a record, as when we say activity is normal here we mean a lot of it and predominantly puts, so perhaps there may be no fear in the market but there certainly is insurance being paid for.

The other main aspect to note is above the zone the ratios still only go as high as R2 which in the scheme of things for this index is next to nothing.