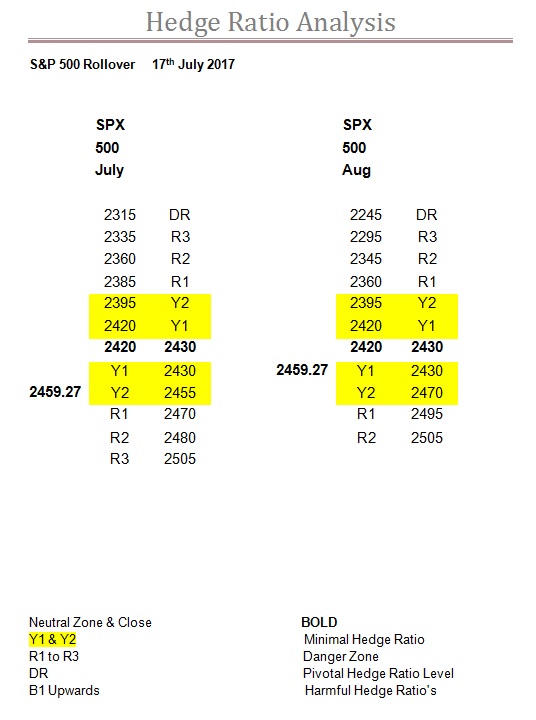 Y2 only held the SPX back for perhaps 20 minutes on Friday, which is as it should be and why we call the Y ratios minimal.

However the markets have been acting incredibly sensitively so it is wise to be aware of them but also remember it is still just a Y ratio.

This overall is more normal behavior for a market, test the boundary’s before settling back into their NZ for the Wednesday rollover, so for us it is just a question of what it will take this expiry, R1 or R2?

The first look at August is rather exciting as it seems to be opening out considerably.

However firstly two main aspects jump out, and the first and very important for Wednesday, is the NZ’s are in sync, and secondly, it is glaringly obvious there is a lot less ratio above the zone than below it.

Generally this is very good for the bulls but it is still early days so a lot will change although these foundations look promising.