NDX Rollover, today’s ratio levels, table and comment for July & Aug-Chalk another up for the big players 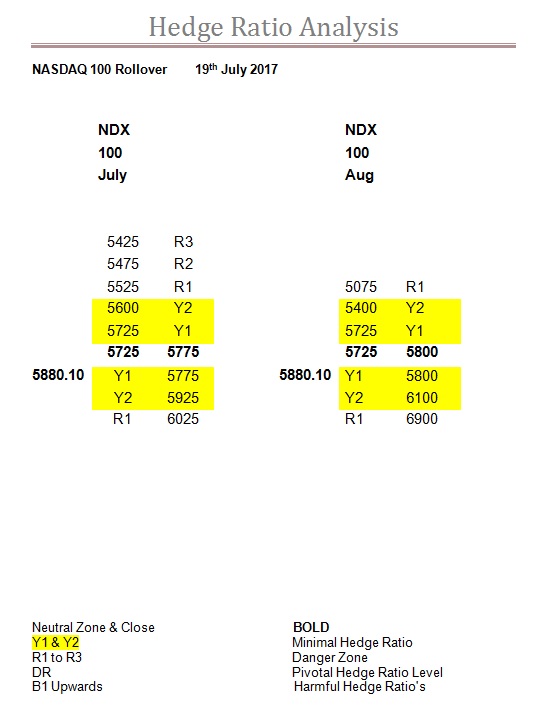 Surprisingly no further change in the NZ today although the ratios continue to tumble above the current zone.

At the end of the day on the rollover the market is 100 points above its zone, but also very much like the SPX recently it hasn’t been that worried as long as it is in Y1.

However we did mention the step-up yesterday was still at 5875 so it was interesting to see the high and close so near, and today even this level has moved to 5900 the ratios are falling so fast.

The August NZ has not so much moved today but rather expanded and now covers 75 points.

This is an ever present situation when the development of the ratio are so retarded and with just a few days left to go now until this becomes the alpha expiry the R ratios are so far away at either end they might as well not be there at all.

At the end of the December 2016 expiry the NDX closed at 4808.04 so it is already up 22.30% and the point is a lack of ratio works both ways, although at present it seems to imply a limitless upside.