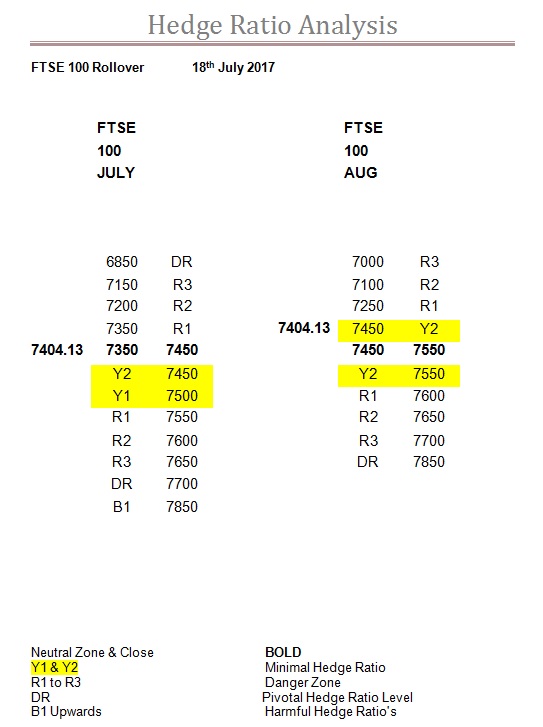 First we must say that somehow the low yesterday was 7378.30 which means at some point the FTSE was down 0.09 point, and no we didn’t see it either so where that came from who knows as in the real world the market opened up going like a steam train and from what we saw never even looked back.

Anyway the ratios are easier across the board, much more so above the zone which has thrown up an intriguing possibility of the NZ actually moving back to 7450-7550.

However with the market now very close to the centre of the current one and acting like it belongs and is exactly what it has been working towards, with just a day to go, if it happens it will certainly shake it all up and then some.

Although if the NZ does change in July it will match Augusts’ so there may be more in it then the market is letting on.

The ratios here are better across the board and pretty much uniformly although the only one to change is R3 below the zone that moves in to 7000.

Of course this expiry rarely influences proceedings until rollover Wednesday and after and as this is an intermediary rollover here it is still very much still on the developing pathway.