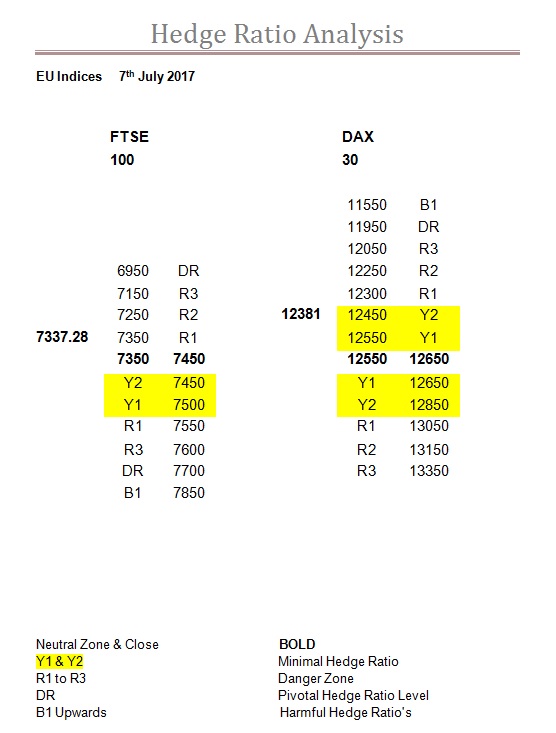 At last the NZ change in the FTSE which has been on the cards since last week and which does alter the picture significantly.

However first the low yesterday was 7303.46 so although R2 had dropped that day to 7250 it evidently still carried a punch, as it most often does the same day it just dips below the threshold, but it also reveals that the bears are not being that aggressive.

Nevertheless with this change it now places far greater emphasis on 7350 and it being the new bottom boundary as once, or if, over it this index will have 100 points of clear sky directly above.

However where it closed every day was either on or quite a way below Y2 showing how hard it was struggling with it.

Although more importantly is the fact that on Monday it tested R1 which was then at 12400 with the low of 12390, and evidently it didn’t succeed in breaking back up but it wasn’t for want of trying, and so yesterday, when R1 was now at 12300, the market got as low as 12316 when it was off 137 points so hopefully this new test will give it greater confidence to do it this time.