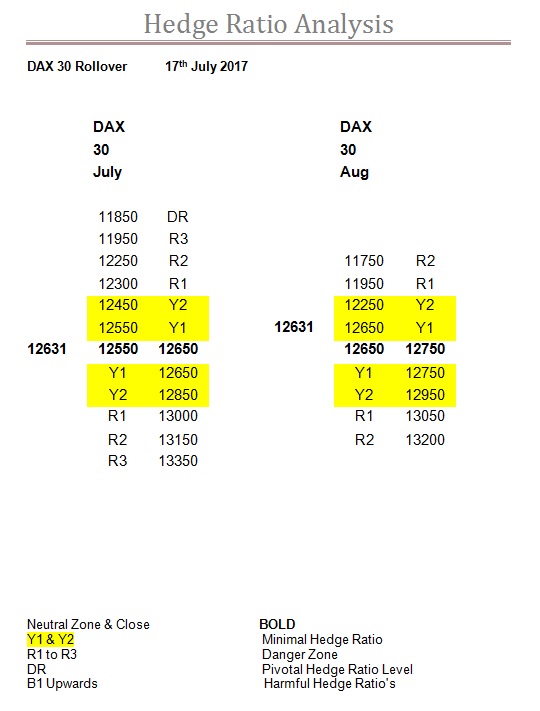 The real problem for the DAX is it went too early and now it has to try and hold onto its NZ for the next three days, which would make a week and in market terms being static for so long is very unusual.

On Friday the high was 12662 so no doubt this was the third test in a row of the NZ’s upper boundary and so for us it already on borrowed time, and we are only talking Y1 here as well so this makes its resilience even more impressive.

The only ratios to change are the appearance of R1 below the zone and Y2 moves in to 12450.

Just like London here in the DAX the August NZ is 100 points above the current expiries.

However one major difference is here there is 700 points of Y1 ratio so the potential for this zone to move is enormous.

Just to remind that this index is a notorious slow starter so this lack of ratio is not unusual, and when one factors in it is a rollover between intermediary expiries then this is  actually more normal than not.

Although it does point to the possibility of a rather volatile  index for this expiry and so far in July the DAX hit Y2 at 12951 to give the expiry high and the low was R1 at 12300 so that was 650 points and between those same points here it is a mouth watering 1000 points.